Card X is Cardarine, also known as GW 501516. Cardarine is often miscategorized as a selective androgen receptor modulator (SARM), which can make it difficult to find. SARMs are for stimulating activity in tissues, similar to anabolic steroids, although SARMs do not affect all tissues. Cardarine functions as a peroxisome proliferator-activated receptor (PPAR), which regulates body functions and which helps prevent disease and obesity. Card X was synthesized in a lab specifically to counteract harmful processes enacted by your organs.

Cardarine was tested on lab mice in 2007 to determine its effects on the body. The mice were observed to undergo significant improvements in terms of their physical capabilities. Cardarine was dismissed after traces of cancer were found in the test subjects and no further tests were conducted. Cardarine supporters note that the large doses given to the mice were likely the cause of the cancer cells, and that the positive effects of GW-501516 (Cardarine) can be achieved with far smaller dosages. The Cardarine experiment did not go unnoticed as the supplement saw a huge spike in use for doping in competitive sports. GW-501516 (Cardarine) has been a permanent fixture in the world of power supplements ever since.

THE SIGNIFICANCE OF GW-501516 IN WEIGHTLIFTING GROUPS

The ban on Cardarine from athletic events may have done the most to increase its popularity. A supplement that’s banned from competitive use is bound to draw attention.

Cardarine was seen as the perfect way to increase endurance, which is perhaps the most coveted attribute amongst bodybuilders. Most importantly, Cardarine helps reduce recovery time. Faster recovery means a weightlifter can do more in a single session and get back for another session sooner. The positive link between Cardarine and endurance made it popular particularly amongst weightlifters who had plateaued; the supplement helped them to start progressing once again.

HOW DOES THIS HELP ME?

Card X will help to improve your physical endurance and improve the results of your workout. Some rumours suggest that the supplement even enhances your mood. Cardarine reduces the development of fat and increases the energy levels in your body. Put simply, GW-501516 (Cardarine) prevents negative body functions and increases the effects of positive ones, helping you to get stronger, faster.

PPAR modulators like Cardarine regulate the bodily functions from lipid metabolism to wound healing, which means it can dramatically reduce the time it takes you to fully recover from a workout. Cardarine also plays a large role in fat loss.

To summarize, Card X is not a SARM because it’s used to increase physical endurance, not to change muscle mass. It helps to think of SARMs as a strength training supplement, and PPARs as a cardio supplement, which is why the two work together so well.

The cancer growth spotted in early trials is generally accepted as being due to unusually large doses. There have been no human tests conducted in a lab, but there are a wealth of testimonials online that do not mention any severe side effects.

The most frequently cited dosage amongst professional athletes is 20mg daily for around 4-8 weeks. These same athletes claim that the results of use are noticeable within the first week of use.

Card X is best used in conjunction with other performance-enhancing supplements. SARMs such as Andarine or Ostarine work great with Cardarine. Naturally, it won’t matter how many supplements you take if you don’t have the proper diet. Cardarine can help improve your training, but it can’t fix what you’re eating. 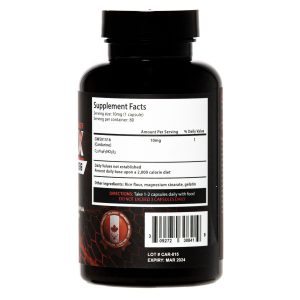